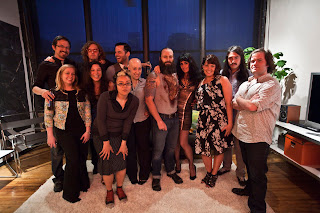 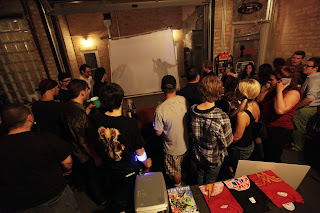 
Thats right, all your thirsty livers, loud mouths and drunken donations have brought us to our next level: Production! It only took 3 months of endless nights at 3 different venues around the city. We hobnobbed with Cerise Films at their swanky post house in Old Town, nerded out with our legs straddling a keg of PBR at Alley Cat Comics, and finally got our hands bloody with our beautiful zombie burlesque ladies and Ken Moustache Berg at the one and only Liars Club. We raised thousands of dollars and did it with the help of the greatest city in the world and all of the semi nude, perverted, surly, tattooed, and mustachioed inhabitants we could find/ attract. Thanks to our friends and dedicated fans, we will continue to keep you posted on our belly drag journey through the rainbow gas puddles of the underbelly of Chicago. Thank you Rot Nation! 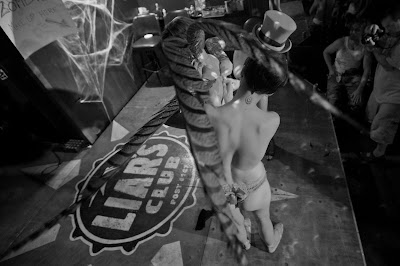 "Alcohol may be man's worst enemy, but the bible says love your enemy."
-Frank Sinatra

Chicago Rot
Chicago, Illinois, United States
The Plot of Rot: After being wrongfully imprisoned for years, a vicious street legend known as “The Ghoul” is released into a mad search through the streets of a decaying Chicago for the man who slaughtered his mother and stole his soul. Chicago Rot is an independent thriller currently in production in the Windy City. Written by Brant McCrea and Dorian Weinzimmer; directed by Dorian Weinzimmer. Starring Brant McCrea, Shira Barber, and David Cartwright. Featuring Chicago's own Jo Jo Baby, Weird Chicago Tours' Ken Berg, and many up and coming local actors, as well as a sonically-massive score that will eat your brains faster than a bus-full of zombies.